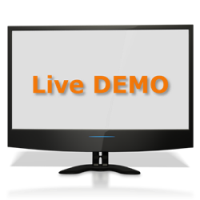 Utility software is a collection of that program that helps the programmer in performing some specific tasks to reduce the overall programming effort of the programmer. Utility software helps to examine organize, optimize or maintain a computer. It is also known as housekeeping utilities or service program. Generally, utility software emphasizes on how the computer infrastructure operates. This includes application and data storage, computer hardware and operating system.

Antivirus is known as virus scanner. It is special computer program that minimizes or removes (avoids) the effects of a computer virus. It is used to detect, prevent and remove malicious virus, worms and takes actions to prevent harm from them. Antivirus should be installed in the computer system to free the computer from the latest virus. Examples: Windows defender, MacAfee, Kaspersky, AVG, Microsoft essentials, NOD 32, etc.

Generally, the operating system provides the programs to support and work various devices. Sometimes, devices like printer, camera, scanner, ROM, Modem, etc. cannot support an operating system. In computing, a device driver is a special program that is required to run, operate or control these devices which are attached to the computer. It is also known as software driver or simply driver.

A driver provides an interface between a hardware device and higher-level computer programs and also computer bus. Whenever any program wants to use device invokes a routine in the driver, the driver issues commands to the device. Once the device sends data back to the driver, the driver may invoke routines in the original calling program. Basically, drivers are operating system (or software) specific and hardware-dependent. The driver allows the proper functioning of devices. Example: Scanner, printer, TV card, NIC card, Sound card, Digital camera, Modem, Graphics card, etc.

The device manager is a control panel features in Microsoft windows operating systems that allow users to view and control the hardware attached to the computer. If some parts of hardware stopped working (malfunctions), the wrong hardware is emphasized for the user to deal with.

It is the maintenance utility included in Microsoft windows operating systems that free up disk space on a hard disk of a computer. It analyzes and discovers unnecessary files to computer operation and take action to free hard disk space. Disk cleaner helps the user to adopt action what to delete when their hard disk is filled.


Simply give us a Call on 0233-2970021 to discuss on how we can help you to grow your business, or drop us a mail at support@softwin.co.in and let us know your requirements.
Copyright @ Softwin Infotech | Site Map
Powered by - Softwin Infotech
Scroll